Installed FBackup 8 and immediately after installing and on first launch I receive an App Crash dialog box. It indicates "Exception EAccessViolation in module FBackup.exe at 029DF8B4. Access violation at address 02C8F8B4 in module 'FBackup.exe'. Write of address 40E54914. Error attached.
It's hard to assess if FBackup will work for our needs when the application won't even open. Does anybody know how to make the FBackup executable run properly? 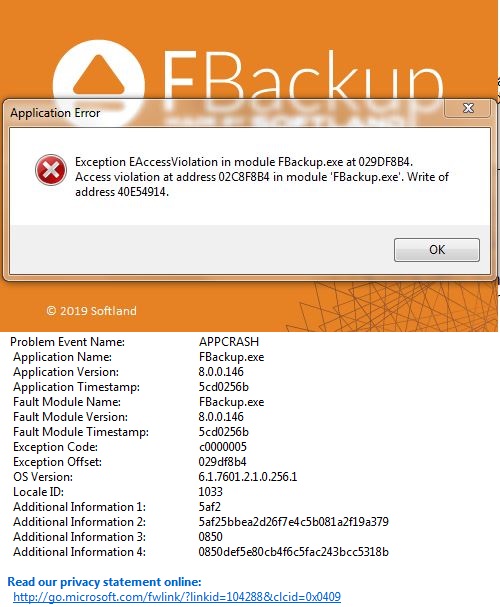 I have exactly the same error.
Is there any way to rollback to an older version?
Top

We fixed the problem.
Please download the latest version of FBackup 8.0.147 from:
www.fbackup.com/download/setup/fbsetup-full.exe
Top
Post Reply
4 posts • Page 1 of 1